Working for a College Recycling Program: Klasovsky ’23 at Penguin Recycling

As strange as it might seem, one of the best college recycling programs in the country resides in a rust-belt city of little modern renown. Youngstown State University has received first place for Ohio in Campus Race to Zero Waste “…for nine consecutive years; during the last 16 years, it has ranked in the top 20 nationally,” (Barron, 2022) and it was a valuable lesson in how local communities and entities can be linked with the broader recycling supply chain.

My day-to-day work was fairly simple: drive around campus to pick up recycling bags at any of the loading docks, as well as walk the buildings to clean out the bins inside. When I started, before even acquiring the training to drive the trucks we used for this, I sorted recycling in the campus warehouse by material type (mainly taking the paper out from all the plastics and aluminum cans). At least once a week, our team would gather surplus or discarded electronics from several buildings and send them to a local business- Southside Recycling- for recycling and processing. As I spent more time for the department, I became its social media manager, sharing articles and information about recycling news locally and nation-wide. Working here provided me the ability to pursue several interesting projects that my supervisor, Dan Kuzma, helped facilitate. The first was initiated with a party already affiliated with us, Southside Recycling. As the social media manager, it was a great opportunity to learn more about community recycling efforts and community building from a local business. The then-owner- Ken Greco- told me about his commitment to keeping recycled steel local to the Youngstown area, with Vallourec Steel being his primary customer. He also undertook efforts such as helping build community gardens on lots in the company’s neighborhood. Overtime, I got to see in real-time the effects of economic policy on Youngstown recycling. During the tariff disputes between China and the US, Southside Recycling was unable to take electronics most days, as the situation had, “…backed up recyclables for the foreseeable future and there is nowhere to send them… for any price” (Southside Recycling, 2019) which they relayed to the public via social media. A second project undertaken was a can-drive project done in tandem with a school club I was a member of. We collected aluminum cans during college football tailgating and delivered them to Southside Recycling where we would pay for them. This too was related to economic events, as multiple people made a point to tell me how low the prices for cans were at that period opposed to earlier years due to the trade war.

Of course, Southside was not the only entity linked to YSU recycling efforts; the sorting I conducted in my earlier work helped us send paper recycling to a paper processing company in North Lima. The Sheriff’s Department picked up electronics at the warehouse to take to the county facilities. The Green Team– the Recycling Department for Mahoning County- provided the dumpsters our team deposited the collected recyclables in. Republic Services- a waste disposal company- retrieved the college’s garbage and recycling. Me on the job!

Local relationships in recycling weren’t the only things I learned about during my time at YSU. With Mr. Kuzma as my mentor, the job was a gateway to learning about environmental science at the ground floor. We discussed current events on recycling news, including a Guardian article on the international recycling market that exposed the egregious dumping of plastics from the US and the UK in countries like Cambodia, where unregulated processing plants wrought heavy air pollution on the populace. I also read Silent Spring during my work, and it gave me an better understanding of the interconnectivity of all life in ecology, juxtaposed with the policymaker and private sector connections that allow dangerous substances to be applied with little regulation or repercussion. Having started the job still a music major, thesis discussions, readings, and experiences all had inspired me to switch majors to environmental science while attending YSU, leading me to where I am today.

A Pilgrimage of Sustainability: Dynan '25 at Earthship Biotecture

A Brief Brush with Fame: Rowley Elliston '65 at Biologische Station Wilhelminenberg in Austria 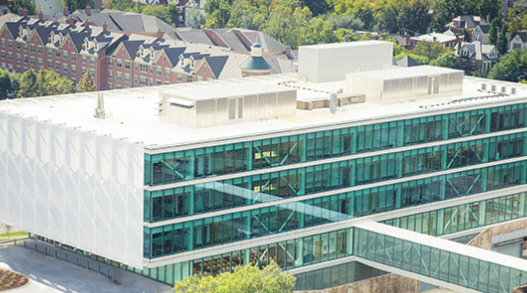